In The Light Of Memories: Dancing For Karmon

In The Light Of Memories: Dancing For Karmon

This special online event, presented by CIOFF® Israel and Rokdim-Nirkoda magazine, is dedicated to YONATAN KARMON z”l, the legendary dancer, choreographer and stage producer who changed the image of Israeli folk dance throughout the world. In addition to his iconic stage productions and the Karmiel Dance Festival, some of Karmon’s dances that were adapted by Danny Uziel from the stage became most popular in Israeli folk dance sessions worldwide, including Ha’Ro’a Ha’Ktana, Al Tira and Yamin U’Smol (Orcha Bamidbar). 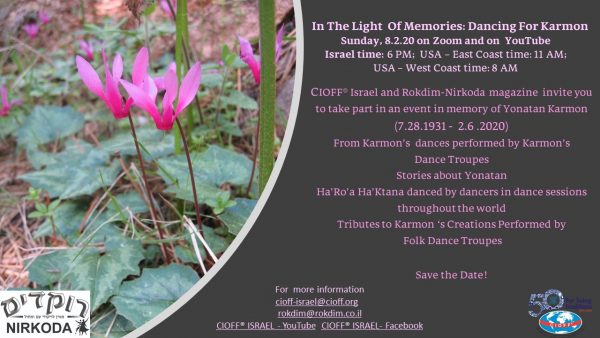 Permanent link to this article: https://israelidanceinstitute.org/in-the-light-of-memories-dancing-for-karmon/